The Town of Pelham is set to partner with Brock University to offer a 55-plus fitness program at the Meridian Community Centre as part of a pilot project. The university offers similar programs in other communities including the Brock-Niagara Centre for Health and Well-Being in St. Catharines. – Torstar File Photo

The Town of Pelham is set to partner with Brock University to offer fitness programs for seniors age 55 and older.

The Meridian Community Centre will act as a satellite site for the university. The program will be a six-month pilot project beginning in January, offering cardio, strength training and conditioning, as well as functional movements for everyday wellness.

The decision was approved by Pelham’s councillors during a committee-of-the-whole meeting at town hall on Nov. 18.

Vickie vanRavenswaay, the town’s director of recreation, culture and wellness, said she could see the partnership grow into something more.

The proposed program will be subscriber-based with participants signing up for a 12-week session. The sessions will be held twice weekly from January to March and three times weekly between April and June, from 9 a.m. to 10 a.m.

VanRavenswaay told councillors the program would be overseen by part-time Brock University staff who will recruit, train and supervise kinesiology students who will deliver the program.

To be able to offer the program, the town will purchase about $7,000 worth of equipment, including storage racks. The money will come from savings in the community centre’s 2019 operating budget and will be recovered from offering programs over the years.

The equipment will be stored in the community centre’s equipment room on portable racks, for easy setup and takedown.

Coun. Lisa Haun said the program is great, but she was concerned about residents’ footing the bill for equipment.

“I think that if taxpayers are going to spend $7,000 (on equipment), they should be able to use it when this program isn’t running.”

VanRavenswaay said there’s an opportunity for residents to access the equipment. She added that the program is anticipated to grow, and once the trial period ends, its success will be evaluated.

“We will also look at other opportunities, as we go along,” she said.

Coun. Bob Hildebrandt said he was aware of similar programs in other communities that are successfully being run by Brock University.

“I can see the MCC (Meridian Community Centre) being a host centre for these kinds of programs,” he said. 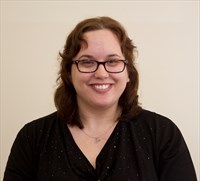 Sarah Ferguson is a reporter and photographer covering the communities of south Niagara for Niagara This Week in addition to contributing to Niagara Life Magazine. She’s a lifelong Niagara resident and a graduate of Niagara College’s Journalism-Print program. Find her on Twitter @@s_ferguson25.