As governments, health care and social service agencies continuously adapt to deal with an aging population — in the next decade, nearly 1 in 4 people will be 65 or older — Brock University is launching a new Master of Applied Gerontology program for students to play a positive role in the lives of aging Canadians.

Offered through the Faculty of Applied Health Sciences, the one-year graduate program will launch in January. It will tap into the expertise of faculty members in four Brock departments: Health Sciences, Nursing, Kinesiology, and Recreation and Leisure Studies.

“There is a misconception that gerontology, the study of the social, cultural, psychological, cognitive and biological aspects of aging, isn’t an interesting career path for this generation,” says Master of Applied Gerontology Graduate Program Director Lynn McCleary. “The reality is that students really want this opportunity and have been making inquiries for months about the status of the program.”

Brock received approval for funding from the Ministry of Training, Colleges and Universities on Friday, Sept. 13.

“Brock’s new Master of Applied Gerontology program is unique in Ontario due to the applied nature and health focus of the program’s interdisciplinary curriculum and practicum,” says Faculty of Applied Health Sciences Dean Peter Tiidus. “This program was developed through a formal consultation with stakeholders, businesses and agencies that provide health and social services to older adults. As a result, a new pool of highly skilled graduates with gerontological competences will soon enter the workforce.”

The purpose of the formal engagement process, which entailed conducting needs assessments for both urban and rural communities, was to ensure Brock’s program responds to the relevant needs of the Niagara community, while also being representative of North America’s aging population.

“There are definite gaps and challenges in health and social services for older adults,” McCleary says. “Growing gerontology at Brock will ensure our students are well-positioned to meet these challenges and improve the lives of older adults. They will graduate with advanced skills in planning and providing health services, recreation services, health promotion and more.” 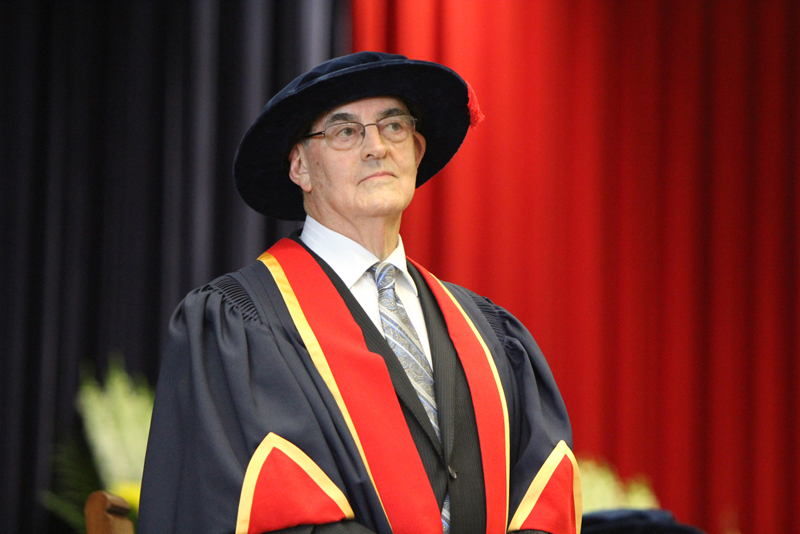 Douglas Rapelje received an honorary doctorate from Brock University in 2013.

One of the champions for the expansion of gerontology at Brock was Douglas Rapelje, a leader in seniors care across Niagara, Canada and internationally who received an honorary doctorate from the University in 2013.

“I don’t think this announcement could be better timed when you look at the increasing numbers of Canada’s aging population,” Rapelje says. “In March, Ontario announced that it will provide 15,000 new long-term care beds and expand home care over the next five years. As a result, a whole stream of education is required to train future gerontology graduates.”

“This is another example of Brock moving into a new and important area,” Rapelje says. “In the past, it was the Goodman School of Business and the Cool Climate Oenology and Viticulture Institute. Now it’s healthcare, and specifically gerontology.

“It is very exciting that students who are interested in aging can now go to Brock or stay there to obtain a specialized degree that will enable them to be our future leaders in the field of aging and enhance the quality of life for a growing older population in our country,” he says.

The full-time, one-year Master of Applied Gerontology program will include a 300-hour practicum course.

Interested students should contact Lauryn Carrick in Graduate Studies at gradrecruit@brocku.ca to express their interest and be added to a list of prospective students, who will be notified when applications for the program have opened.